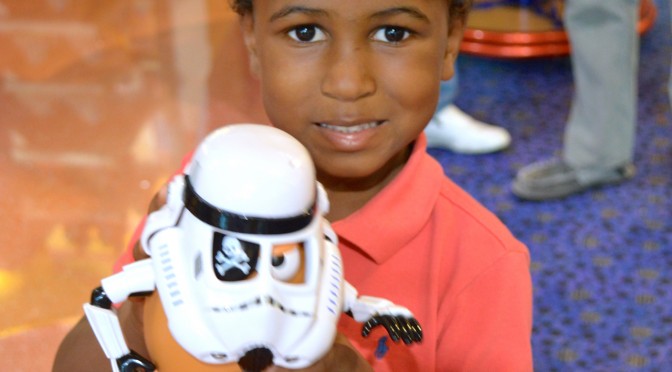 On our recent Disney Cruise Line Vacation we stayed in Orlando Florida and hung out at Downtown Disney.  Downtown Disney is walking distance from the some Disney Resorts.

There’s lots of shopping, dining, and live entertainment Downtown Disney.  It has the worlds largest Disney Store complete with a little girls princess salon and boutique.  And since we budgeted so well for our trip, we had extra money to spend on souvenirs.

Parking is free at Downtown Disney.  There was some construction going on while we were there in October so it was little confusing maneuvering around the traffic. 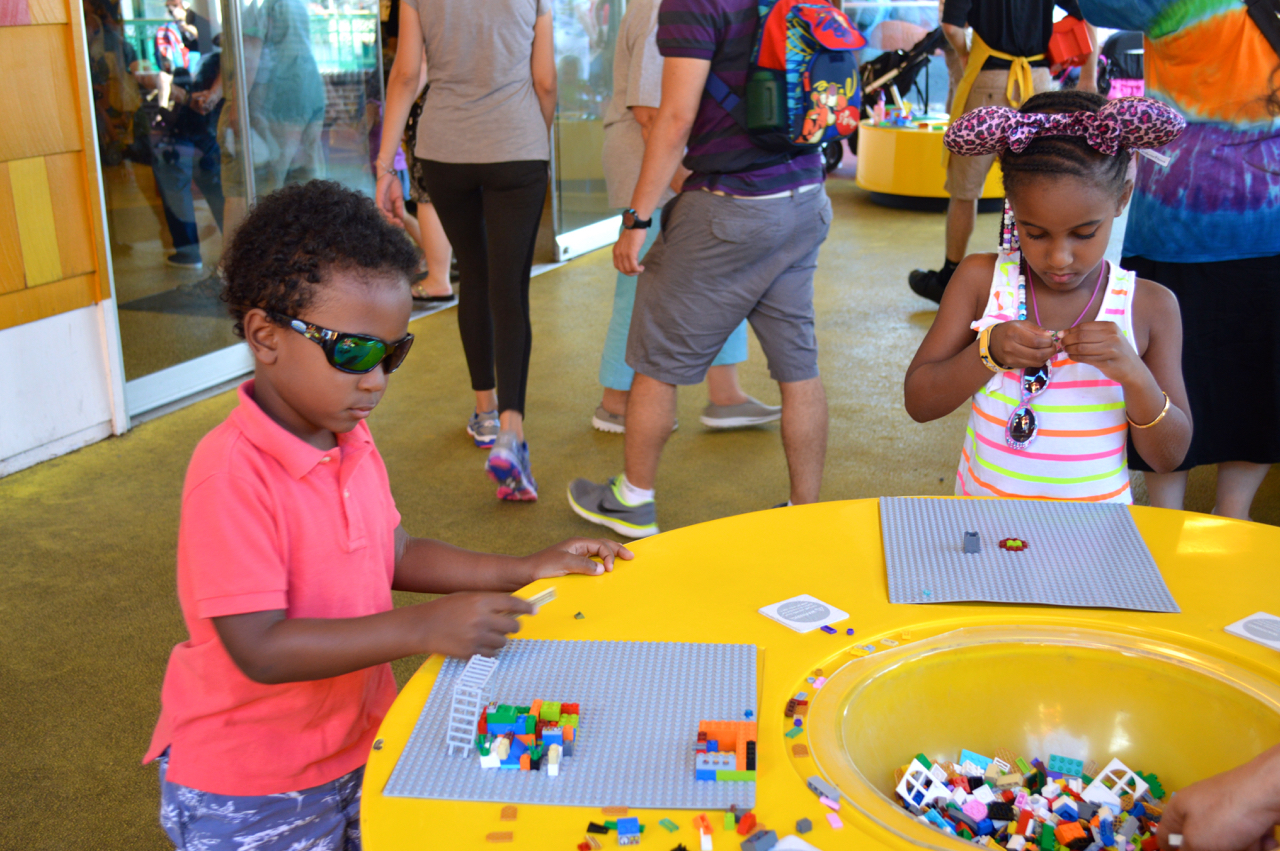 Here are some of our favorite shops:

The Lego Store  Lego building activity tables are located inside and outside.  Larger than life sized creatures and characters built out of legos, including The Hulk and Woody from Toy Story are one display.  You can touch and take selfies but no claiming allowed. I tried.  They have one of the largest selections of Lego box sets.  They also have a few great sets on clearance. 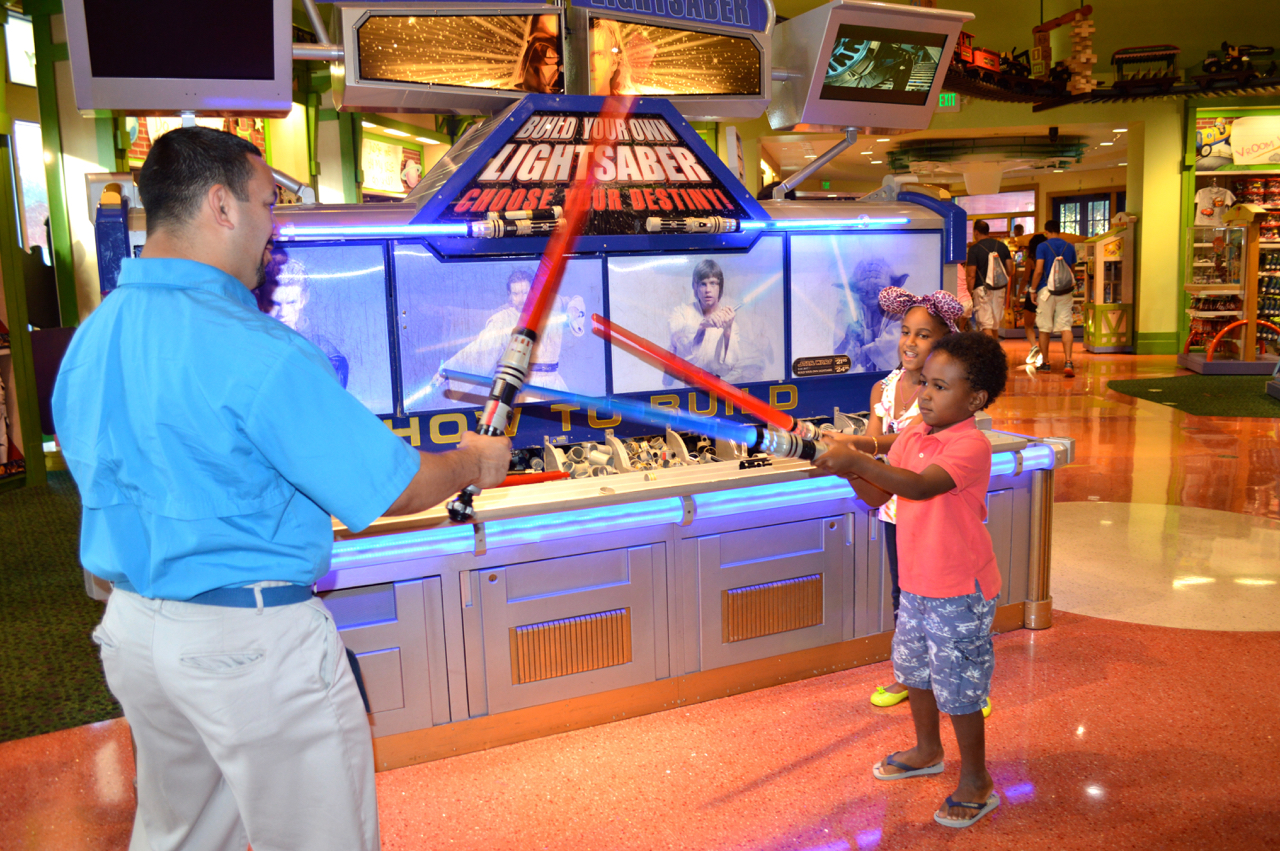 Little MissMatched  Ever since I stumbled into this store in New York City, I’ve been obsessed with purchasing miss-matched knee highs socks for my 8 year old.  We, I mean she, had a blast picking out socks and other accessories. And  she used her birthday money for her purchases and scored a bonus set of Headphones for a minimum purchase.

Market Place Co-op Here you can find one of the kind Disney inspired crafts, clothing, and art.  I enjoyed browsing through the different booths.  My husband, who is picky about his clothing, found a few great t-shirts here. This is great place to go for gifts. 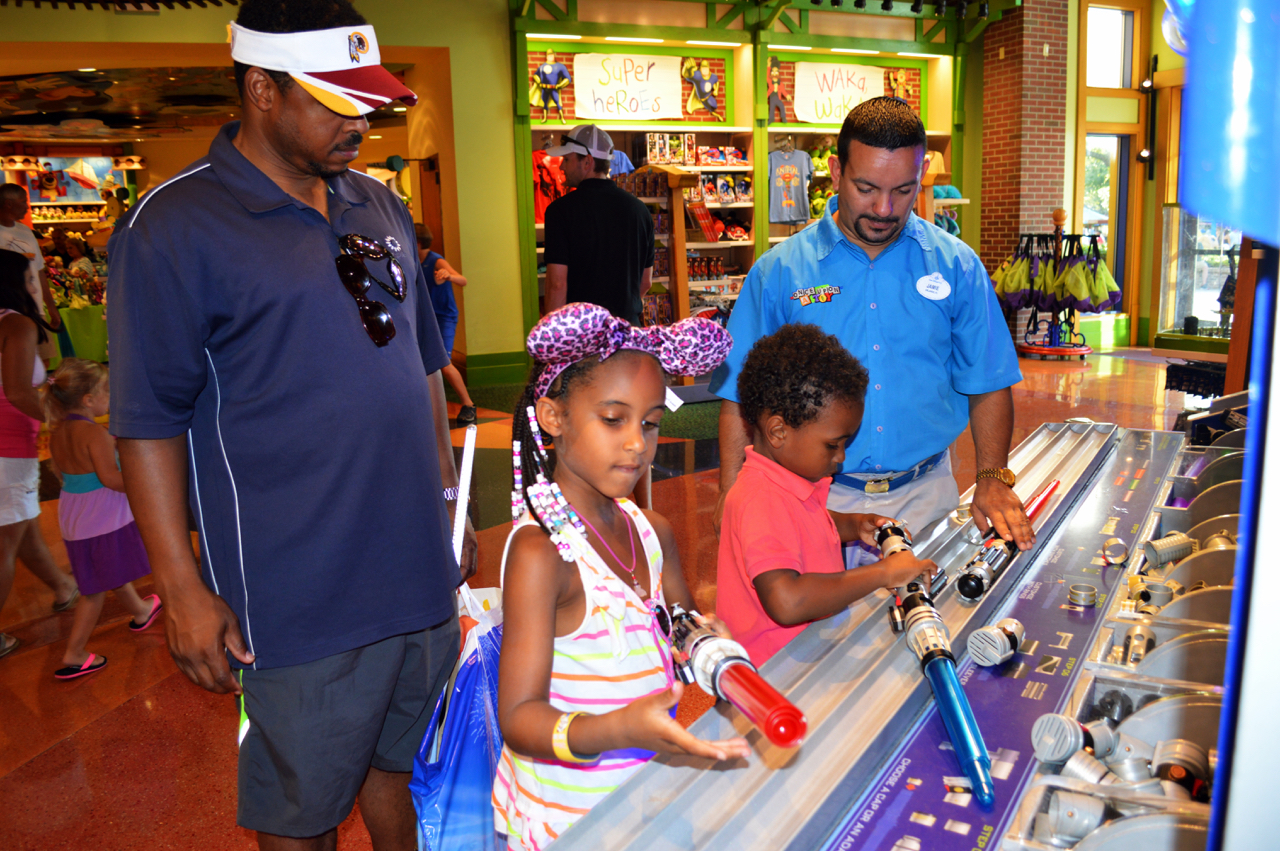 Once Upon a Toy  This is where we found the Star Wars Light Saber station.  The kids got to build their own light saber and with tons of light saber options, we spent quite a lot of time in this store.  They each took home a one of a kind light saber.  The construction and quality of this toy is much more than I expected.

Here’s a full listing of shops in Downtown Disney. 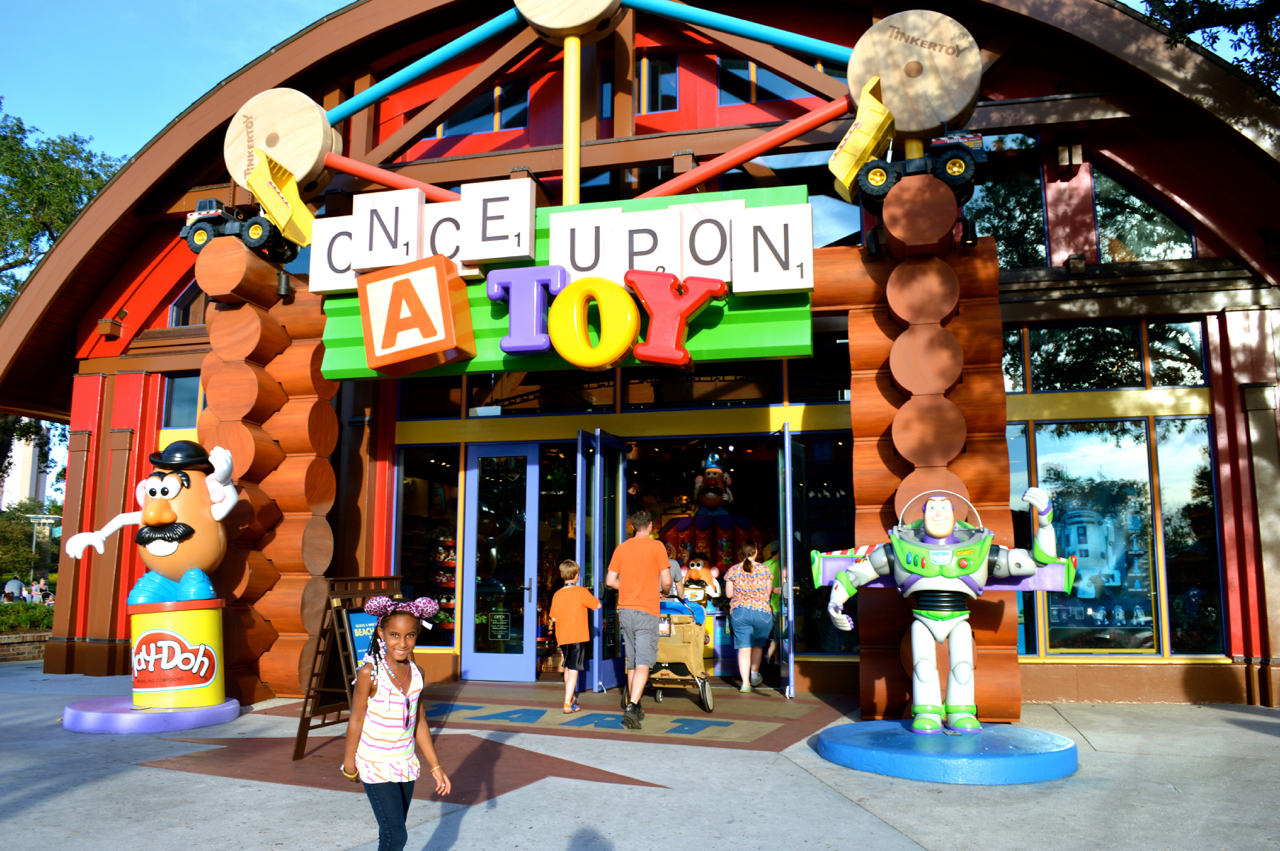 There are tons of dining options including Fultons Crab House, The Smoke House, Rainforest Cafe, and STK Steakhouse coming later this year. You can also use your Disney Meal Plans at the restaurants here.  Here is full list of eateries in Downtown Disney.

Downtown Disney is great place to view the fireworks from Disney World.  We decided not to stay for the fireworks because we had a long day and was leaving in the morning.

Here’s a full list of scheduled activities and events  for Downtown Disney.

If you’re planning a trip to Orlando you should check out Downtown Disney.  The shops are great, plenty of dining options, and tons of fun.

Check out more of our Disney Cruise Vacation here: