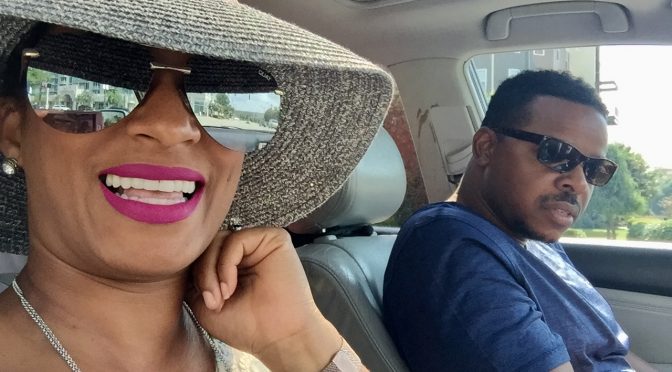 This past weekend my husband and I took the kids to see Venus Williams play an exhibition match at the BB&T Atlanta Open. This was our family’s first professional tennis match and we had a great time! 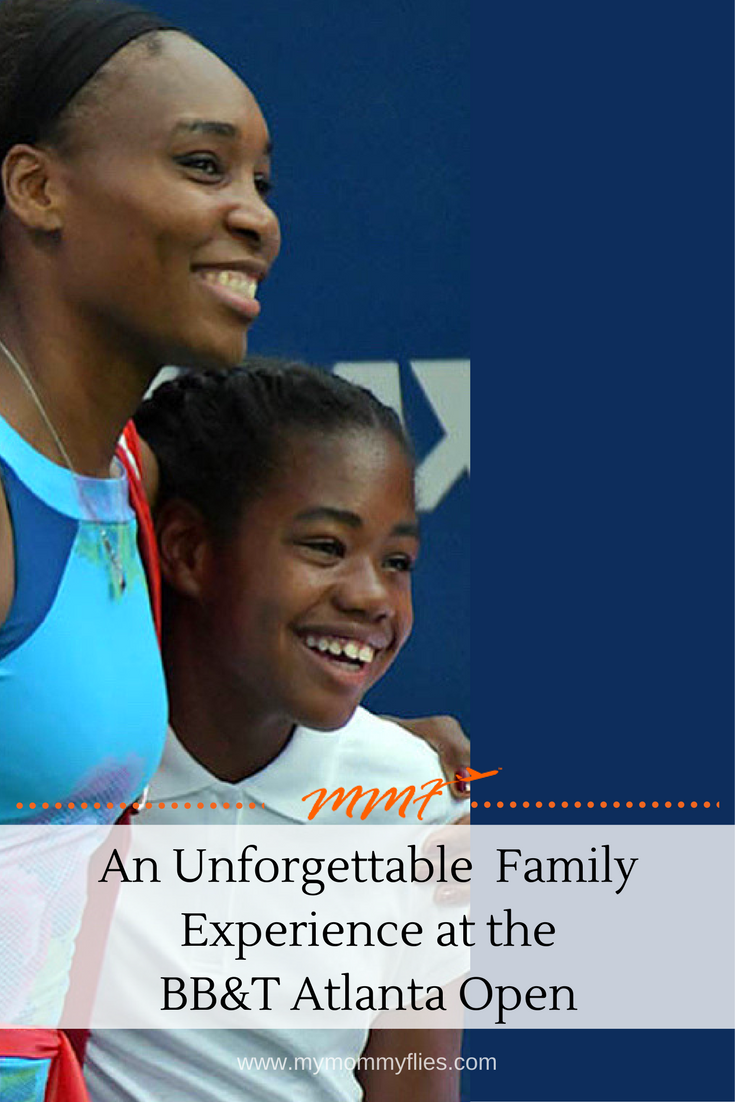 We purchased our tickets early in the Spring when they were discounted for USTA members.   Both my kids belong to USTA and were actively playing Junior Tennis. I thought it would be a great opportunity for them to see professional tennis players in action.  And watching one of the Williams sisters was just icing on the cake!

Venus and Brouchard exhibition match did not disappoint.  We had a wonderful time watching these two amazing athletes go toe to toe with some heart stopping rallies. The women were tied in the second set 5-5 and I worried that Venus was surrendering.  Boy was I wrong! She came back with a 1-2 punch that put everyone in the stadium on their feet and screaming her name. It was a surreal moment.

The exhibition match between Venus Williams and Canada’s Genie Bouchard was scheduled to begin at 7pm. The gates opened at 6:30 pm.  To avoid traffic while parking we arrived a few hours early to Atlantic Station.

Lexus is a major sponsor of the BB&T Atlanta Open and they offer complimentary parking for Lexus owners.  Atlantic Station Valet was also discounted for Lexus owners at $5, however, I don’t recommend this option.  The valet is significantly further than the parking lots from the main entrance to the matches.  Not to mention it took nearly 20 minutes from the time we arrived in valet at the end of the night to the time we received our car from the attendant. The Lexus VIP parking lot located north of Atlantic Station appears to be the most convenient.

The Family Zone at the BB&T Atlanta Open is sponsored by Wilson.  You do not need tickets to visit the Kids Center located at Central Park in Atlantic Station.  It’s the same area where they have lawn activities and Movies in the park.  There were several Junior Tennis courts setup and coaches were on hand to offer tips.  Junior size racquets and tennis balls are available for children to use. We stopped by Family Zone but my children were more interested in eating than playing.  Go figure!

We had a quick dinner on the outside patio at  Rosa Mexicano while waiting for the gates to open.  Though the service was long and excruciating at Rosa, the food was delicious.  I ordered the Yucatan Fries and it was wonderful and made the wait worthwhile.  The kids had the chicken burrito and churros.  My husband o the deluxe guacamole and we all devoured it.  My family was happy and full when we finally made our way down the main entrance located on the bottom level of Atlantic Station parking deck.

The Atlanta BB&T Open offers food and refreshment options once you are inside the gates.  Outside food and drinks are not allowed.

The weather was great and the timing of the match was perfect.  They do not allow umbrellas into the stadium so I recommend you bring a poncho just in case.  Lucky for us the rain held back the entire evening.

There were no long lines at the main entrance. Though the line at the top of the stadium near Dillards in Atlantic Station was backed up significantly.  Everyone is screened for the prohibited items and walks through a metal detector.   I recommend checking the list of items not allowed so you won’t have to leave anything with security.   We entered around 6:45pm and by 7:00pm they began to have a few short matches before the main event.

The BB&T Atlanta Open is a week long tournament.  You can buy tickets online to the matches or you can get passes for the week.  You can also purchase tickets at the box office at the main entrance.  We had tickets to just the exhibition match on Sunday.  The discounted tickets we purchased were about $60 per person and we were seated in the mid section.  I don’t believe there is a bad seat in the stadium since it’s not that big of a venue. Maybe next year we’ll get passes for the whole family.

My 10-year daughter, who swears she hates tennis, loved watching the match.  She confessed to me later that night that she had more fun watching the match live than she does viewing it at home. It was great to be amongst people who shared a love for the game.  The BB&T Atlanta Open experience is truly unforgettable for fans of tennis or just something new for you to try!