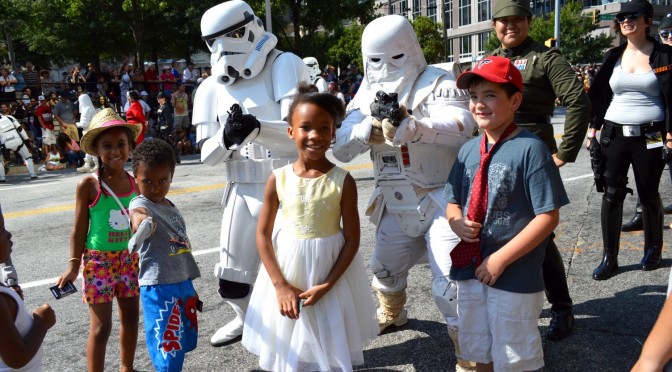 I was on a long layover in Lexington Kentucky and my hotel was next door to the Lexington Convention Center downtown.  It just so happens that there was a big Comic Con in town, the Lexington Comic & Toy Convention better known as Lexicon.  I purchased a ticket and I was so impressed I couldn’t wait to take my kids to Dragon Con this year in Atlanta. 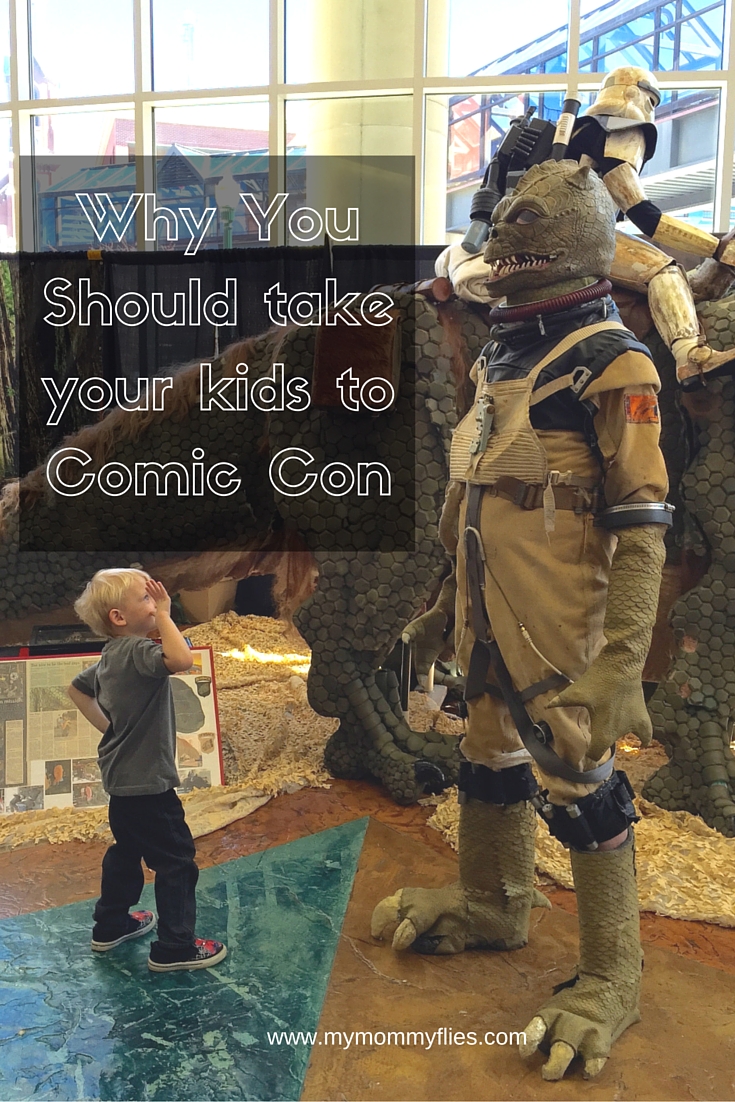 Why You Should Take Your Kids to Comic Con

Little did I know Comic Con attracts people from all over; bankers, teachers, moms and dads, couples, and friends.  Comic Con crosses race, religion, sexual orientation, and gender.  People from all over flock to this event. It’s usually held once a year in most major cities.  (See full city listing  below post. )

Ghostbusters was pretty popular at Comic Con and so were the Storm Troopers but there were many that I saw for the first time and couldn’t recognize. People create their own one of a kind character for Comic Con.  You can choose to be whoever you want and no one will question you.  The more unique you are the better!

There are thousands of comic books for sale at Comic Con.  The walls are lined with them.  Some are rare collector items and priced high but many were priced at 50 cents a piece inside Lexicon.

I purchased a set of comic books at Lexicon to take home to my kids and I paid less than $10 for 20 books.  Comic books and graphic novels are a great way to engage the most reluctant young readers.  At Comic Con your kids can dress up as their favorite comic book character which helps them with comprehension as they take on the characters personas.

Comic Con attendees create and construct their own costumes and accessories.  They’ve put in hours and hours of time to make their character as realistic as possible.

While I was inside Lexicon I had a chance to ask a few people about their costume and how it was made.   I was surprised to find there were so many components and steps involved with making a costume. Everyone was happy to share with me the details of their costume.

There are also lots of illustrators and writers that attend Comic Con.  If your child likes to sketch, write, or draw this is great way to meet and get advice from real artists. 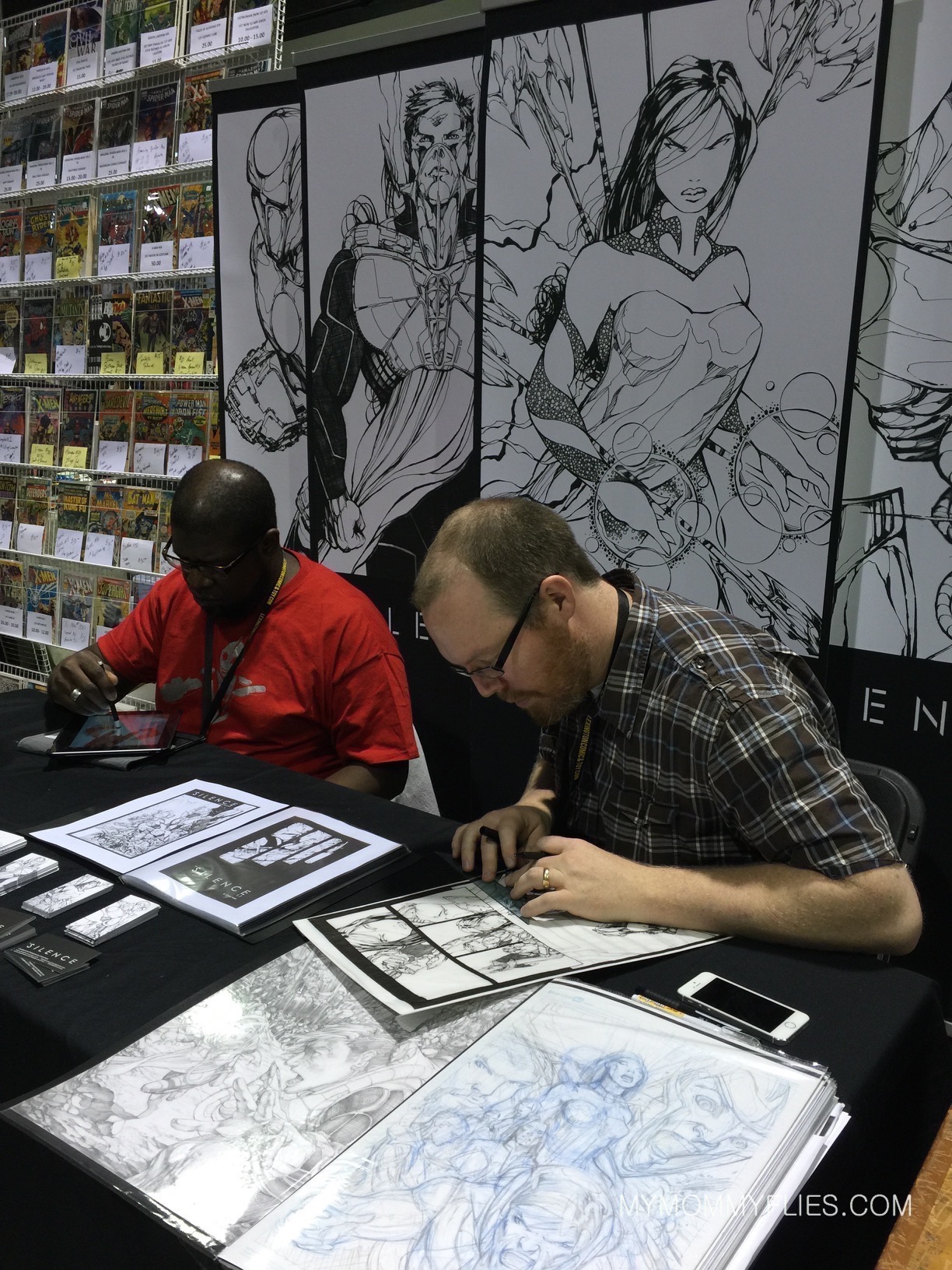 Comic Con is an event for the whole family.  (Scheduled adult activities start late in the evening.)  Most Comic Cons even offer kids free entry.  I purchased my adult Lexicon ticket for $20 and kids were free. 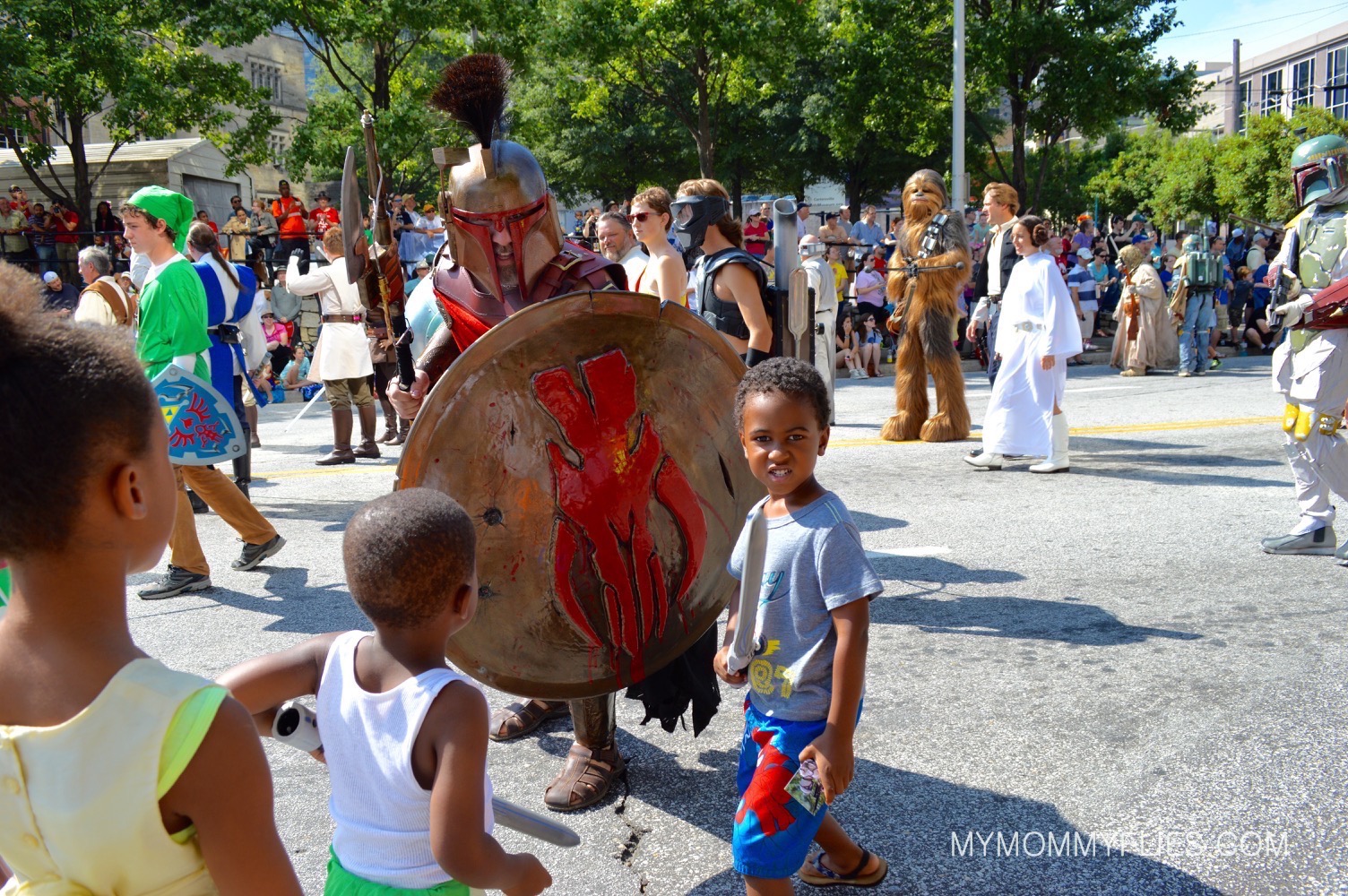 Dragon Con in Atlanta sells daily memberships the day of the event and adult prices start at $40 but kids 6 and under are free.  I was able to find $10 off coupons at Subway restaurants  which is good for one adult ticket.  Check here for more details on how and where to purchase your Dragon Con membership tickets.

There is a  FREE Annual Dragon Con Parade Saturday morning at 10am.   When I took my kids to the parade for the first time last year they loved it and can’t wait to go back.  Here is the parade route.

If your child tends to get anxious around costumes I recommend the parade only.   Some of the graphic and more realistic costumes weren’t too bad outside in broad day light among a cheering and friendly crowd. 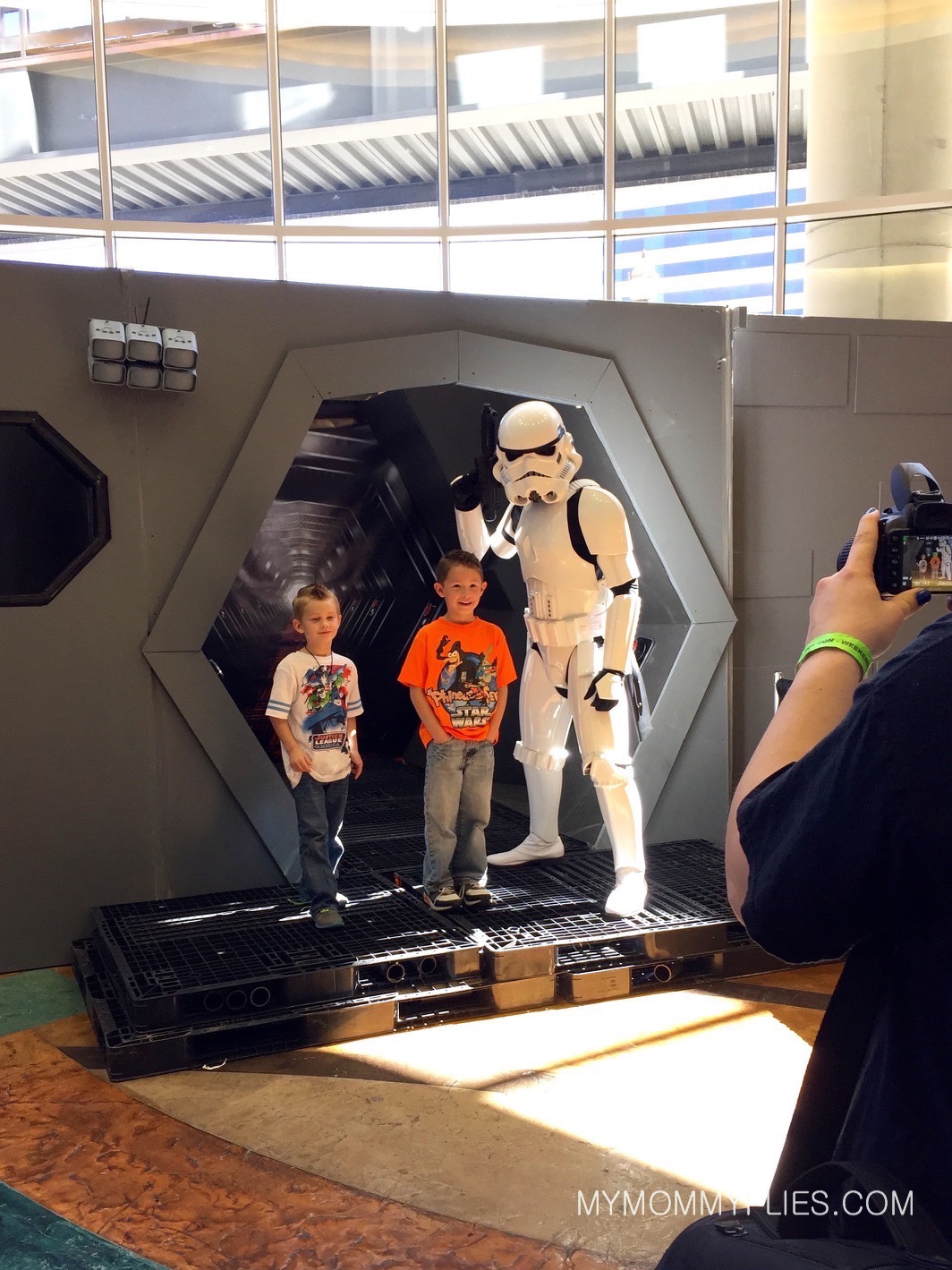 For more information on Comic Con in your city check out these links:

Full Listing of Comic Cons in the US (Wikipedia)